Uber gets pretty famous in China 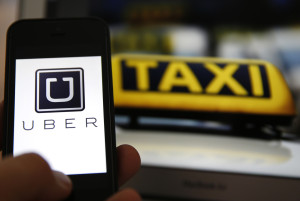 Uber is an American international transportation network company headquartered in San Francisco, California. It develops, markets and operates the Uber mobile app, which allows consumers to submit a trip request which is then routed to sharing economy drivers. As of May 28, 2015, the service was available in 58 countries and 300 cities worldwide.

According to a report in New York Times, the ride-sharing company has become extremely popular in China. Uber provides around 100,000 rides per day in the country, about 10% of the 1 million rides the company gives per day worldwide. Times reported that These numbers were provided to them by two confidential sources and they have not been confirmed publicly by Uber.

The company said it created 60,000 jobs in the country in late May and it is further planning to invest heavily in coming days.

Since Uber’s launch, several other companies have emulated its business model, a trend that has come to be referred to as “Uberification”.

Abhinaya Ghimire is a tech savvy person who loves keeping information about ICT and media. Graduated from Kathmandu University in Bachelor of Media Stuides, he is equally involved in making short films, documentaries and also has his own photo blog www.abhieg.wordpress.com
@ghimire_abhi
Previous 5 feature you will get in IOS 9
Next Nepal Telecom provides free WiFi in earthquake affected areas