TV channels and shows presenting mouth-watering food recipes which are our all time favorites. On a small screen, Youtube foodie channels are now replacing that TV food & dine shows. You need not wait for specific time and watch those recipes whenever you like which is its  distinctive feature. When you can make your own and teach  others why depend solely on TV channels right?

If you are a big foodie and loves cooking at the same time such youtube channels will be a great help  to excel at cooking. And What’s more do you want when you have youtube channels narrating Nepali food recipes in the Nepali language. Get an apron and get down to cooking!

Here are some of the popular Nepali Nepali youtube cooking channels: 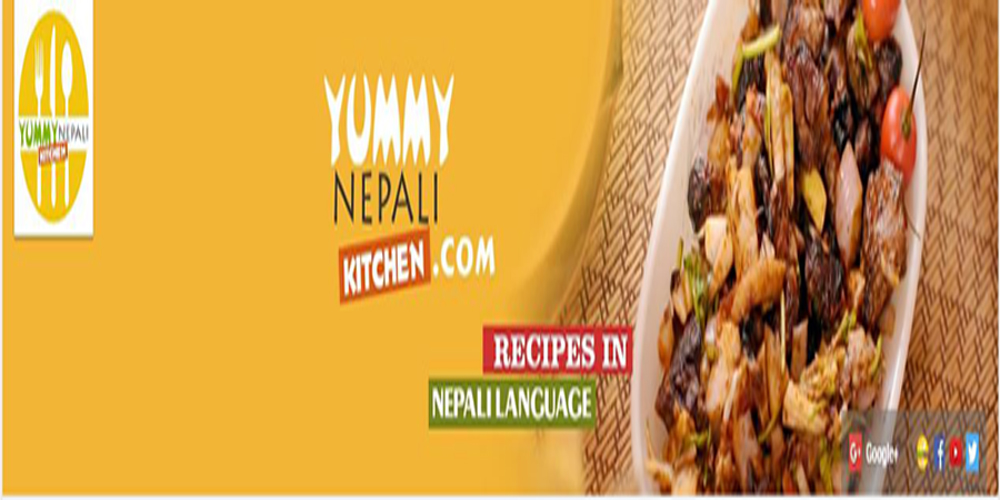 Started on 2nd July 2015, Yummy Nepali Kitchen is the most popular youtube cooking channels. It has 20,995 subscribers. This YouTube food channel has received a whopping 2,455,958 views in all of his 10% videos so far. You can find lots of yummy recipes narrated in the Nepali language. The Nepali narration has helped to attract a lot of viewers. This channel has made attempts to provide recipes with food ingredients easily available in the market to include maximum viewers. Food recipes of both Nepali food and other foods are available in this channel.

The other YouTube Food channel that provides the recipe in the Nepali language is Yummy Food World. It was started on January 31, 2016, and is subscribed by 15,702 people. The other distinctive feature of this channel is it offers Newari food recipe along with other cuisine recipes. It is run by Mristina Maharjan. She has altogether 60 videos uploaded so far. This channel aims to inspire those to cook who think they can’t cook well.

As the name suggests it is run by Anup Bajracharya. Started in February of 2014, it has 10,077 subscribers with 1,240,811 views. If you are a fan of Newari food, you can subscribe this channel for Newari food tutorials. As of now, it has a collection of 57 videos. Mostly, he narrates recipes in the English language.

Run by Mamata Gurung, who currently is living in Hong Kong, MamataG Food and Beauty was started in December of 2011. It has 7,498 subscribers. Along with food recipes, you also can get beauty tips on this channel.

YouTube channel called Cheerful Syanu is owned by Sunita Gurung living in UK at present. Her YouTube channel has 33,642 subscribers. It was started in 2011 offering beauty tips, she later started uploading food recipes as well. She has stated in the introduction section of her YouTube channel that she bought Mack book Air and DSLR with her YouTube earnings.

Rebati holds Bachelor's Degree in Journalism and Mass Communication from Tribhuvan University, Nepal also works in Lakshya Nepal as Social Media Analyst, was Radio Jockey in Times FM.
@Nepali_Telecom
Previous NT to launch 4G service by the end of Mangsir
Next How to send secret messages on Facebook?