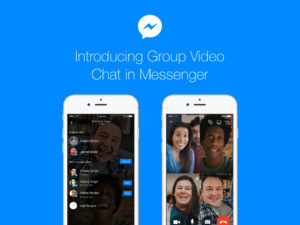 As 2016 is coming to an end, Facebook has introduced an exciting feature. It has rolled out Group Video Chat on Messenger to both Android and iOS devices.

Sometimes texts are not enough to express yourself. So going live face to face brings out the real conversation and feelings. Considering it Facebook has introduced video calling feature on group chat as well. While making a group video chat you can see six people at a time. If there are more than six people in a group they can join via voice or be on camera.

To get started, tap on the video icon on the upper right of the screen and everyone in the group will be notified.  It has said in its blog post, ‘we’re thrilled to launch the most requested Messenger feature ever- the ability to video chat in groups.’ Users can also take advantage of another video feature- Snapchat-style selfie masks.