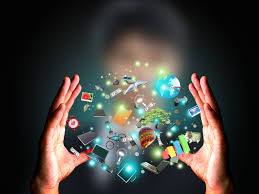 To predict future is not easy. But some predictions are made on weak grounds that really don’t have good ends. Here are some of the tech related predictions that became a total failure:

1.  1876: “The Americans have need of the telephone, but we do not.  We have plenty of messenger boys.” — William Preece, British Post Office.

2. 1876: “This ‘telephone’ has too many shortcomings to be seriously considered as a means of communication.” — William Orton, President of Western Union.

4.  1903: “The horse is here to stay but the automobile is only a novelty – a fad.” — President of the Michigan Savings Bank advising Henry Ford’s lawyer, Horace Rackham, not to invest in the Ford Motor Company.

5.  1946: “Television won’t be able to hold on to any market it captures after the first six months.  People will soon get tired of staring at a plywood box every night.” — Darryl Zanuck, 20th Century Fox.

6. 1955: “Nuclear powered vacuum cleaners will probably be a reality within 10 years.” — Alex Lewyt, President of the Lewyt Vacuum Cleaner Company.

7. 1959: “Before man reaches the moon, your mail will be delivered within hours from New York to Australia by guided missiles.  We stand on the threshold of rocket mail.” — Arthur Summerfield, U.S. Postmaster General.

11. 1995: “I predict the Internet will soon go spectacularly supernova and in 1996 catastrophically collapse.” — Robert Metcalfe, founder of 3Com.

13. 2007: “There’s no chance that the iPhone is going to get any significant market share.” — Steve Ballmer, Microsoft CEO.