Google has added the Nepali Language in Gmail interface allowing Nepali users to access one of the largest email services in the native language. With the addition of Nepali language along with other 13 languages, Gmail now covers languages spoken by 94% of the world’s Internet population. 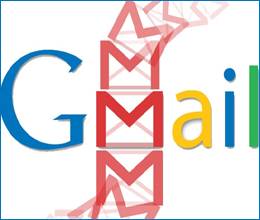 How to change language?

3. At the top of the setting page, select a language from the Gmail display language drop-down menu in the Language section.

4. Save the setting and you are all done with new language interface.

With the change in the display language, it brings no effect on the language in which receive or send messages.

Google has already introduced translation service to 80 languages by the end of 2013.

Abhinaya Ghimire is a tech savvy person who loves keeping information about ICT and media. Graduated from Kathmandu University in Bachelor of Media Stuides, he is equally involved in making short films, documentaries and also has his own photo blog www.abhieg.wordpress.com
@ghimire_abhi
Previous Print Directly from android to printer
Next Reduce charging time of your devices