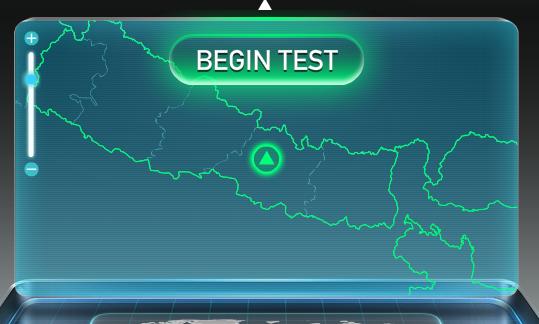 According to a study of world famous internet speed rating company Ookla, Nepalese people are using   better internet speed in comparison to Indian. Although the  India has been developing  the  ultra-sophisticated  technology to distribute internet in the country, its still lagging behind  in bandwidth not only with Nepal but also with least developed  countries of the like Bhutan, Nigeria,Cambodia, laos, Zimbabwe.

According to  the Ooklas  global internet ranking  index  the average download speed in India is  around is 4.18 Mbps which places in them in 132 position in overall comparisons. Whereas is in 129 in global ranking  with the  average download  speed 4.92

According to the research of internet speed index around the globe Hong Kong is in No 1 ranking. The average speed of is 97.1 Mbps. South Korea comes in the second position with the average  download speed 92.05. Singapore, Romaniya and Republic of Moldaro come in third, fouth and fifth position respectively.

In the rating USA is in 27 poition with speed 31.62 Mbps. Lately in Nepal due to the rise of Internet Service Provider(ISP) there is  huge  upswing in internet speed. There are 27 ISP altogether in Nepal.

Okla is founded in 2006 for the speed test. Ookla’s services have been adopted by nearly every Internet Service Provider in the world, translated into over 30 languages and utilized by thousands of small businesses, federal and state governments, universities and major organizations such as world famous  AT&T, BBC, Cisco, Comcast, FCC, Reuters, Time Warner, Verizon, Vodaphone and Vonage.