Social media, a catalyst for change in news process 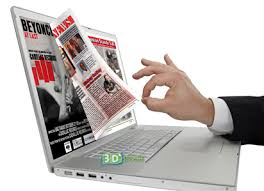 We are living in the digital information age. More than ever, more people are using Facebook, Twitter and other social media. Social media has been massively used not only for strengthening social connection but also to know what’s happening around the world. The growth of social media has changed the way we consume, produce and disseminate news.

Social media has become a significant tool, to assess top news trends, to obtain sources, research stories, break news online and increase the reach of the stories. We are getting access to breaking news quicker than ever before. We’re getting news as it happens. All the print media and broadcast media has come up with online versions realizing the need to go digital. In that sense, we can say it is rather improving mainstream media. The mainstream media reporters also have the pressure of a tight deadline, to report the news as soon as they get it. Broadcast media not only characterize immediacy, new media also do.

The increasing prevalence of smartphones and popularity of social media has changed the way we consume and produce news. A large number of people has access to the internet. The MIS report, recently released by NTA also revealed that almost half of the population has access to the internet. As per the statistics of 2014, Facebook has 4.1 million users in Nepal. This number has been definitely gone up by now. The Nepal Twitter Users Survey 2015 conducted by Center for Media Research – shows that more than 75 percent of Twitter users use the social media platform for news and information. It can be inferred that more and more people turning to social media for news as it happens.

The coverage of news stories is changing and to some extent the audience who is consuming it as well. Now, print media should also have audio visual content and there is the frequent update available via social media to every story.

Acharya opines, “In news collection too, we have been seeing a lot of stories whose initial ideas are generated by social media postings by the public. Journalists get a lot of first information and tips for issues to report on through social media. Besides, in some issues, the social media sentiments also determine the perspectives that the media report the story.” Saraswati Dhakal, correspondent at Karobar Daily says that these days the impact of social media is growing. She adds, “at times, social media has become a major news source and has facilitated the news collection process”. 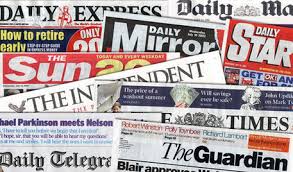 New media has been medium with broad reach and immediate broadcast gave the facility of internet. The other enhancement is it is interactive, people can react, share, and respond to the news instantly. With this, there is the speculation of social media being a threat to mainstream media.

“In respect of the social media becoming new platform of journalism, there is every chance of social media replacing mainstream media” says Acharya, “The journalism is moving towards multi-platform distribution based on social media (for example Snapchat’s Discover, Facebook’s Instant Articles, Google’s Accelerated Mobile Pages and Viber’s Public Chat) however, I don’t think that they will totally replace the media we have today. There could be lower or specialized use of today’s media but they won’t get disappear.” Dhakal feels social media is gradually replacing mainstream media but it is a time-consuming process. She opines that still reporters must have a professional appointment with news sources and can’t depend totally on new media so replacement of mainstream media by social media is a gradual process.