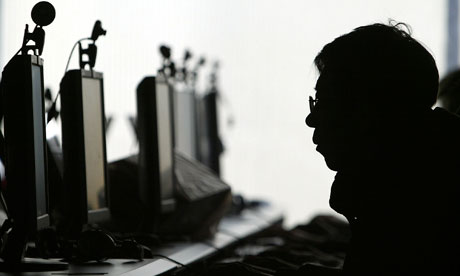 The joint study by the Internet and Mobile Association of India (IAMAI) found that the Capital Delhi with 12.1 million internet users comes in second position. The capital city saw 50% raise in Web surfers which is highest boost in comparison the top eight cities. The IAMAI research found that India had about 243 million Internet users as of June 2014. According to study Mumbai, Delhi, Kolkata, Bangalore, Chennai, Hyderabad, Ahmedabad and Pune are the top cities of India accommodate the largest number of web users.

IAMA founded in January  2004  by leading portals in India. It is the only specialized industry body in India representing the interest of online and mobile value added service industry

After the rise of Narendra Modi the India is optimistic boost of modernism which will speed up the numbers of internet users.The Modi government is already using Gujarat model of development where most of the government works were done through the help of digital technology.

Abhinaya Ghimire is a tech savvy person who loves keeping information about ICT and media. Graduated from Kathmandu University in Bachelor of Media Stuides, he is equally involved in making short films, documentaries and also has his own photo blog www.abhieg.wordpress.com
@ghimire_abhi
Previous 5 free cloud storage options for your smartphone
Next India Demanded the Highest Number of Content Block in Facebook