Know everything about social Media – Infographic

Social Media have transformed the way we communicate each other. Not just the social networking but also ample opportunities to expose ourselves to the world. Most of us  use these networks but may not know all about them.

Leverage,  has created infographic  that will let you know all about Social Media

Abhinaya Ghimire is a tech savvy person who loves keeping information about ICT and media. Graduated from Kathmandu University in Bachelor of Media Stuides, he is equally involved in making short films, documentaries and also has his own photo blog www.abhieg.wordpress.com
@ghimire_abhi
Previous Time is Money
Next US Using Fake Cellphones Tower to Collect Data 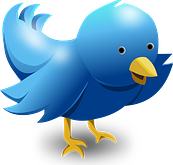