iPhone 7 to be unveiled on September 7 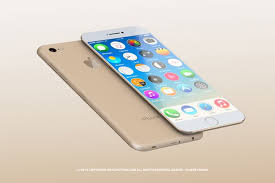 Apple has announced the release date of the biggest launch of the year, iPhone 7. It has confirmed that it will be launching 7 and 7 plus on September 7. And the sales will commence a week later on September 16. The event is taking place at the Bill Graham Civic Auditorium in San Francisco on Wednesday, September 7, at 10am local time. It might also release the new generation of Apple watch on the same day.

iPhone 7 has garnered a lot of attention given the huge changes it might have. The biggest change will be the removal of a headphone jack. The user will have to rely on bluetooth equipped headphones, or headphones that have licensed the use of a lightning jack from Apple’s Made for iPhone. The iPhone 7 and 7 Plus are expected to look similar to the current models, but will sport somewhat more powerful cameras. It is expected to have a 4.7-inch or 5.5-inch display, and pressure-sensitive home button.

For the last four years, Apple has been launching a new iPhone every September.