Hack to Terrorism: They have Threatened Employees of Sony Pictures 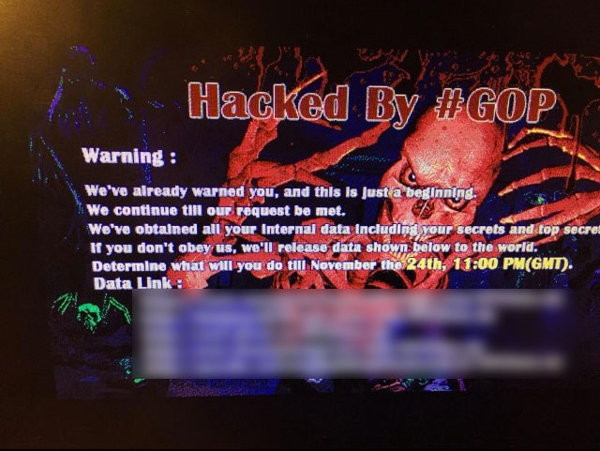 It’s going to higher the recent hacking of Sony Pictures in which they have been hacked recent movies including some unreleased plus confidential company documents. ’Variety’ magazine has been able to get a copy of email messages sent to  the several employees of the distributor and film production. Sender: The group calling #GOP (Guardians of Peace) responsible for hacking. In the mail they have written like this:

[…] The Sony Pictures eliminate from the face of the earth is very small for our group which manages to cover a global organization. And what we’ve done so far is just one sample from our plan. […] Many things beyond your imagination will happen in different parts of the world. Our agents act where necessary. Please, add your signature to email attachment and join the cause against the falsity of this company [Sony Pictures] if you do not want to take risks. Otherwise, you and your family are in danger.

They end up reaffirming what they consider a full guilt by Sony Pictures in everything that’s happening and will not stop until finish you unless their demands are met ( but the demands are not yet specified).

Despite the government of North Korea reported that it was not involved in the attack, surely keep in mind in the list of possible responsible for what would be the logical that it revenge for the film The Interview and so offensive it would be for that government. However, it is still troubling the issue of personal threats because, whether or not true, go from being cybercrimes information theft by definition, terrorist attacks State- and perhaps even terrorism.

Sony representatives have confirmed knowledge of the situation and mentioned a joint work with the police to counter threats.

Abhinaya Ghimire is a tech savvy person who loves keeping information about ICT and media. Graduated from Kathmandu University in Bachelor of Media Stuides, he is equally involved in making short films, documentaries and also has his own photo blog www.abhieg.wordpress.com
@ghimire_abhi
Previous Call 85 Countries Free of Cost
Next Pirate Bay Apps are deleted from Google Play