Quest Visuals, the creator of Word Lens, making the written word translation app to improve translation feature for Android, iOS, and Google Glass after Google bought the company recently. However, the transaction amount is yet to be disclosed.
The software uses a Smartphone camera to translate signs in real time into the desired language. The technology is useful for the world travelers and those wants to translate any language for understanding it. Earlier, translation packs were available as in-app purchases, but Quest Visual has made all the packs and the app itself free for a limited time but the duration of free has not been revealed. 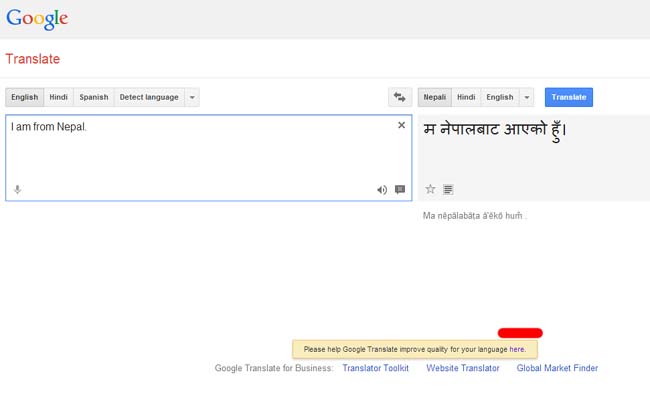 A technique to use the app is, pointing device’s camera at a street sign or menu, and Word Lens will replace the text in the image with a translation.

The Glass Development Kit was also publicized while Word Lens was working on adding new features to the app for visually impaired users. Recently, the app was featured in an iPhone ad.

According to Quest Visuals representative, the app will integrate their technology into the wide language coverage and conversion capabilities of Google Translate.

Doorsanchar, the website covers Tech & Telecom issues in Nepal. Connect with us Following on Twitter and Like our page on Facebook.
@@dursanchar
Previous Online payment options in Nepal
Next World Record on Texting Fast