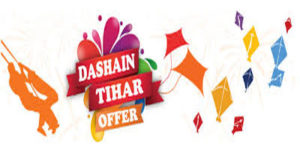 Dashain, the biggest festival is about a week away. In light of the fast approaching Dashain festival, there has been a sharp rise in introducing festive schemes by business houses. During this festive season, people splurge on shopping. There are some who eagerly wait for Dashain to make a purchase expecting huge cash discounts. The trend has already been set among the business houses to introduce festival offers to lure customers. It’s a great chance for them to boost sales.
Going by the trend, mobile companies have also introduced various offers as gadgets, smartphones also comes on the top in the shopping list. Market witnesses a kind of race in offering discounts and prizes in a purchase of a product. In this regard, this time too, none of the mobile companies seem to fall behind. They have come up with attractive festive schemes bound to lure customers. 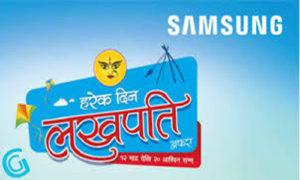 thousand rupees, Samsung Gear S2, and Samsung Level in a purchase of a smartphone. The winner of these prizes will be announced through a lucky draw. To participate in the scheme, customers need to SMS their phones’ IMEI number to 37722 after purchasing them. Likewise, it has also cut down the prices of different smartphones targeting this festive season.

Huawei has introduced Dashain scheme called ‘Prize Ek-sa- Ek, Yo Dashain Ma Bhagyashaali Anek ‘. Under the scheme, Huawei will give out prizes to lucky customers on a weekly and fortnightly basis. The month-long campaign starting from today ends on October 8. The gift hampers include around 100 power banks and 20 smartphones and four giant cycles with kit which will be given out every week to lucky customers selected through a lucky draw. In the fortnightly draw, a Vespa and a Royal Enfield will be given out to two lucky customers selected through a live lucky draw. To participate in the scheme, customers will have to buy any Huawei smartphone and SMS its IMEI Number to 32200. The winners will be announced on the official Facebook page. 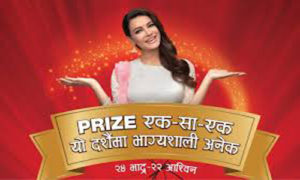 Following the trend, Gionee has launched its ‘Gionee Utsav Offer, Dubai Safar’ scheme for customers. Under this scheme, on a purchase of every Gionee smartphone, customers will get a scratch card. Customers can win exclusive Gionee gifts, 50 Gionee F103 Pro handsets, or Dubai trips (four days and three nights) on scratching the card. This offer will be valid until November 31.

Similarly, Lava mobile has introduced the scheme called ‘Wheels and Thrills’. Under this scheme, one customer can win a car as a bumper prize, eight customers can win a Thailand trip on a weekly basis, and four customers can get a bullet motorcycle on a fortnightly prize. To participate in the scheme, customers need to buy a lava smartphone and 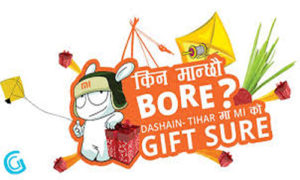 SMS its IMEI number to 32048. This scheme will be valid until 18 December.

Micromax has announced to give sure shot cash discount on a purchase of every Micromax smartphone. Through lucky draw, a bumper prize of bike, LEDTVs and a Dubai package can be won. Similarly, Xiaomi mobile has announced to give away MI Smart TV, Mi5, Mi Bluetooth speaker, Mi Power Bank, Mi In-ear headphone, and copper coins of ten and five grams.