Wikipedia Zero – an ambitious project aiming to bring free access to Wikipedia to developing countries is now rolling in Nepal by second largest internet service provider, Ncell. The free access to Wikipedia has been launched announcing a partnership between Wikimedia Foundation and Ncell on 6th May 2014. Customers of Ncell can access contents of wikipedia.org without spending a penny from May 7, 2014, onwards. 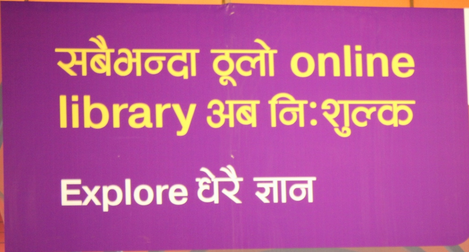 In the first phase, the service is available only to smartphone users and via Google Chrome, Firefox and Internet Explorer (IE) . Ncell has said that the free access to world’s largest online encyclopedia will not be available on Opera Mini, Blackberry and other handsets using native proxy browsers which are because of technical difficulty. So, lucky Ncell subscribers with smartphone visiting a Wikipedia page won’t pay any data charges from tomorrow.

Abhinaya Ghimire is a tech savvy person who loves keeping information about ICT and media. Graduated from Kathmandu University in Bachelor of Media Stuides, he is equally involved in making short films, documentaries and also has his own photo blog www.abhieg.wordpress.com
@ghimire_abhi
Previous Nepal Telecom Continues Discount Offers
Next Popular Nepali Android Apps