NTA speeds up work on amendment of Frequency Policy 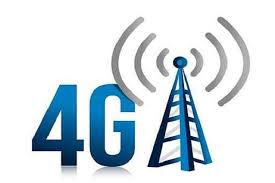 In a bid to roll out 4G service within this fiscal year, Nepal Telecommunication Authority (NTA) is sending amendment proposal on Frequency Policy to Radio Frequency Policy Determination Committee within this week. Once the proposal gets approved by the committee, NTA will be providing 4G spectrum to service providers.

The proposal includes fixing spectrum band, modality, price and other legal provisions. ‘If the Ministry of Information and Communication endorses the amendment proposal to Radio Frequency Policy, 4G service will be into operation within coming fiscal year’ says Spokesperson of NTA, Minprasad Aryal. Telecom companies have been asking for 4G spectrum for the last three years but because of legal complexities, NTA is yet to assign the spectrum.

‘Nepal Telecom is all set to introduce the 4G service’, says Prativa Baidhya, Spokesperson of NT. Ncell has also been claiming it will make the service available to customers within three months of getting 4G spectrum from NTA.

4G, successor to 3G is all about data speed. In general, anything involving transferring large amounts of data gets a big boost from 4G. The 4G technology also known as LTE can provide high-speed broadband data connection, except usual voice. For example, a customer can enjoy watching a high-definition video without streaming by being connected with 1 GB per second data speed. Similarly, it enables users to have other services that include IP telephony, online gaming, easy and quick transfer of heavy files and video conferencing.

LTE networks have now been launched by mobile operators in Europe, Asia, and North America. In the U.S., the largest CDMA operator, Verizon Wireless, for example, launched commercial LTE services at the end of 2010.

The number of 4G mobile connections worldwide has surpassed the one billion mark and is on track to account for a third of all mobile connections by 2020, according to a new study by the GSMA. The 2016 global edition of the GSMA’s ‘Mobile Economy’ series of reports points to an accelerating technology shift to 3G/4G mobile broadband networks across both developed and developing markets, cause of digital innovation, smartphone adoption and mobile data growth.