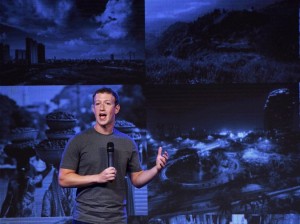 The social media giant Facebook has been keeping its eye on improving  its online video platform since last few years. This is quite a challenge to  the Youtube which has been ruling the video blogging industry for almost  decade and a half. The New York Times reports that, Facebook has its  sights set on YouTube once again as it seeks to grab a slice of the music  video business. Facebook has reportedly been in discussion with major  record companies to get the licensing deals required to post music videos  on users’ news feeds, the publication reported.

Facebook seems to offer more money than YouTube does in its revenue-sharing model. If the deal gets finalized then the users can directly watch the music videos on their news feeds that are sponsored by the companies while Facebook shares the ad revenue with those companies by monitoring the video performance.

Abhinaya Ghimire is a tech savvy person who loves keeping information about ICT and media. Graduated from Kathmandu University in Bachelor of Media Stuides, he is equally involved in making short films, documentaries and also has his own photo blog www.abhieg.wordpress.com
@ghimire_abhi
Previous Samsung’s 11K display
Next Apple users, get a sneak peak of IOS 9