To put it simply, GSM is mobile service that enable users to roam between different networks, ­­­­and communicate everywhere with GSM coverage. GSM stands for Global System for Mobile Communication. It is the second generation of mobile communication. Mobile services based on GSM technology were first launched in Finland in 1991. GSM revolution brought the mobile phone in reach of nearly everyone across the world.

GSM is most preferred network for its low cost base transceiver station, international roaming, high-quality speech and its compatibility with Integrated Services Digital Network (ISDN) and other telephone company services.

The unique features GSM brought in was Short Message Service(SMS), call forwarding, call waiting, call barring. The other attractive feature is its network is secure, both speech and data are converted into code to prevent eavesdropping, GSM subscribers are identified with their SIM card.

GSM uses a variation of time division multiple access (TDMA) , which improves spectrum capacity by splitting each frequency into time slots.  Callers’ voice is transformed into digital data which is given channel and time slot. 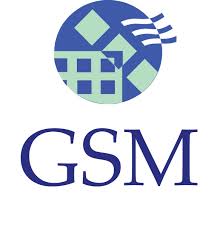 The GSM network is divided into three system: the switching system(SS), the base Station System(BSS), and the Operation and Support system (OSS).

Switching system (SS) is responsible for switching of calls between the mobile and other fixed or mobile network users. All radio-related functions are performed in the BSS, which consists of base station controllers(BSCs) and the base transceiver stations(BTSs).

The network operator monitors and controls the system through Operation and Support System (OSS). An important function of OSS is to provide a network overview and support the maintenance activities of different operation.

It was first developed in the 1980s through a pan-European initiative, involving the Eureopean Commission, telecommunications operators and equipment manufacturers.